Why Moving To France Before BREXIT Makes Sense

France has long been an attractive option for those britons in search of greener pastures as regards a home base. There is the culture, the food and of course that wonderful wine and the magnificent scenery, both in the coastal areas and in the interior of the country. Healthcare is also more affordable than it is in Britain and (depending on lifestyle requirements) there are property options that may represent excellent value for money – especially in the more rural areas of the country. 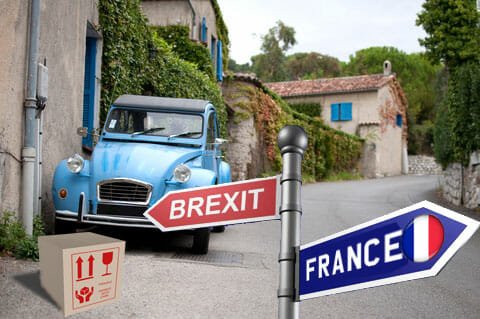 Of course moving to France has long been a relatively hassle free option for those who are looking to relocate, but when Brexit finally does become a reality in December of 2020 that ease of moving permanently to France may very well become a thing of the past – which is why moving right now makes all the sense in the world.

There are a number of parts of the Brexit deal that still need to be thrashed out – so exactly how much more difficult it will be to relocate to France on a permanent basis will be is (at least to a certain extent) subject to some guesswork – but there are certain things that those contemplating a move should know.

The first of these is that if those who do not choose to become permanent residents of France will be limited to spending only 90 days out of every 180 in France – in lines with the requirements governing the Schengen zone. This may not affect those who are investing in rental property as much – but for those who actually want to live in the country permanently it provides a challenge.

Long term visas can be obtained, but these are usually granted based on the fact that the individual will be working or studying in France – for those who wish to retire to the country proof of the fact that they are able to live a financially independent lifestyle will be required.

There is a way to get around this – it would require that a person show that they have a ‘durable relationship’ with someone who is already an EU resident or is resident in France prior to 31st December you may piggy back on their status.

The logical move is to relocate to france immediately. If you and your family are resident during the current ‘transition period’ you will be entitled to residency rights, healthcare benefits (extremely importantly for retirees) the uprating of UK state pensions.

There are a variety of reasons that many are still pursuing a permanent place in France, not least of these being that it is in such close proximity to Britain and travel between the two countries is virtually hassle free (or will be post Corona). There is also the not inconsiderable attraction of investing in property that has, over the years shown a steady increase in value.

However, the post Brexit world is certainly going to be more complex for those who want permanent residency in France – especially due to the paperwork that is involved. For those from Britain who want to enjoy the French lifestyle the right time to move is now. Get a moving price for Removals to France