Edwards European Moving offer a weekly service to and from the UK and Spain for full/dedicated removals or part loads and single items, we undertake relocations to Alicante for private individuals as well as large corporate companies with all moves carried out to the highest standards. 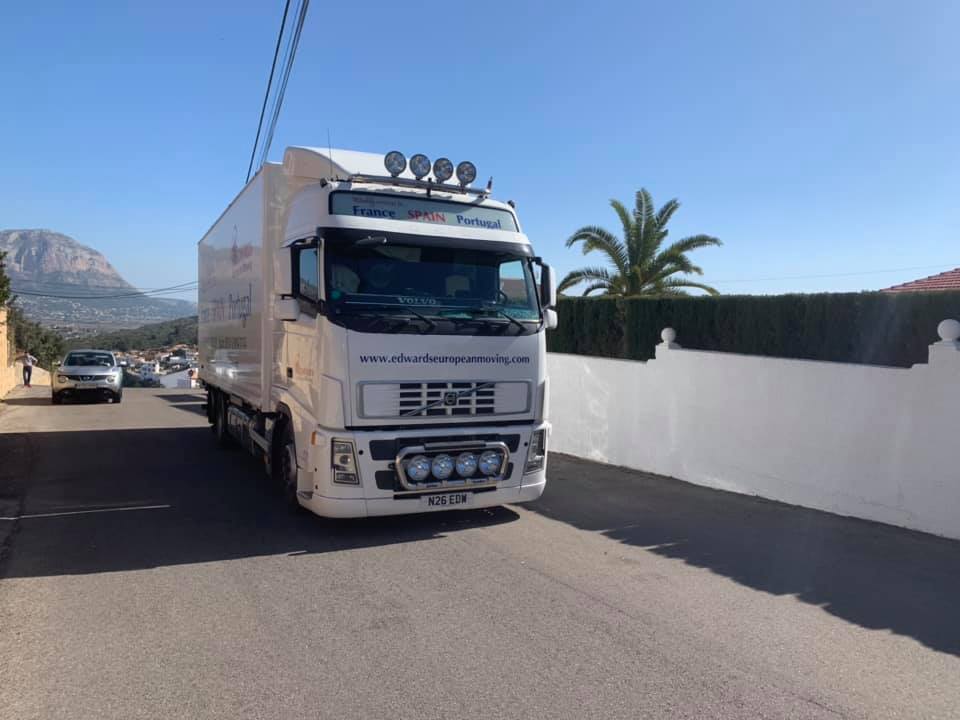 If you are looking to purchase new furniture in the UK for your Spanish residence, why not have the items delivered into our warehouse where we will inspect all items and place them on our next available departing vehicle. READ MORE on our removals to Spain services.

Ask For A Removal Quotation

In order to get a price that you can work with, think about asking for a Removal Quotation before the move. During this time, Edwards European can explain the whole moving process and all of the services that we offer so that we can both prepare for your move but also plan for the little things along the way.

Just a few of the services that you may want to discuss with us:

For more in-depth information on the Customs Requirements When Moving Household Goods To Spain – See our news article… https://www.edwardseuropeanmoving.com/customs-requirements-when-moving-household-goods-to-spain/

Edwards European Moving are experienced in the roads and properties in Alicante. With many years relocating individuals, couples and families throughout the Alicante region.

Although the majority of its population is Spanish, Alicante has long been a city of expatriates, and today you will find people from the United Kingdom, Argentina, Ecuador, Morocco, Romania, Algeria, and Colombia living in the city. The two official languages of Alicante are Spanish and Valencian, a form of Catalan, but due to its large expatriate community, many people speak fluent English.

The airport in Alicante is currently the sixth largest and fifth busiest airport in Spain. Growing in size continuously over the past years, in March 2011 the airport got a brand new terminal building replacing the old two terminals.

Alicante Tram connects the city with outlying settlements along Costa Blanca. As of 2011, electric tram-trains run up to Benidorm, and diesel trains go further to Dénia.

The city has regular ferry services to the Balearic Islands and Algeria. The city is strongly fortified, with a spacious harbour.

Amongst the most notable features of the city are the Castle of Santa Bárbara, which sits high above the city, and the port of Alicante. The latter was the subject of bitter controversy in 2006–2007 as residents battled, successfully, to keep it from being changed into an industrial estate.

Alicante enjoys mild winter temperatures, hot summers and little rain, concentrated in equinoctial periods. The cold drop means that September and October are the wettest months. Only 35 rainy days are observed on average per year, and the annual number of sunshine hours is 2,953. The climate of Alicante is very similar to the climate of Los Angeles, California

There are fifteen bilingual or international schools in the Alicante region. Expatriates living in Alicante will be able to send their children to a public school without paying fees as long as they register on the Empadronamiento or Padrón, the municipal register, at their local town hall.

However, as the public system teaches in Spanish, many expatriates living in Alicante will instead send their children to an international school, which will generally teach in English, and will offer either an British, American, or international curriculum.

Visas for living & working in Spain

In Spain, residence visas and permits are packaged with work permits, so there is no need to make two applications. EU/EEA nationals do not need a permit to enter Spain; if they wish to stay for longer than 90 days though, they must register as a citizen with the Hacienda (the Spanish revenue service) and Seguridad Social (Spanish social security), but this is merely a formality. Non-EU citizens may need a visa to enter the country (depending on their nationality), and will need a work permit to stay in Alicante for longer than 90 days. You may also be eligible to apply for a non-working residence permit, but these are often only issued to the partners of working expatriates.

There are bargains to be had in Alicante on the property front. La Crisis has resulted in quite a few repossessions. And if you head as far south as Torrevieja, you’ll find properties with prices as low as €40.000.

What advice would you give to a newcomer?

Before buying, check out your situation as much as possible. We used a Spanish solicitor appointed by a British firm. It is impossible to know everything. We visited our property three times in October and November and the mosquitoes weren’t a problem.

Try and be patient in queues and shops. You are no longer in a hurry. Go with the flow.

We use cookies to ensure that we give you the best experience on our website. If you continue to use this site we will assume that you are happy with it. OkNoPrivacy Policy