Immigration In The UK Since Brexit

How UK Immigration Has Changed Since Brexit 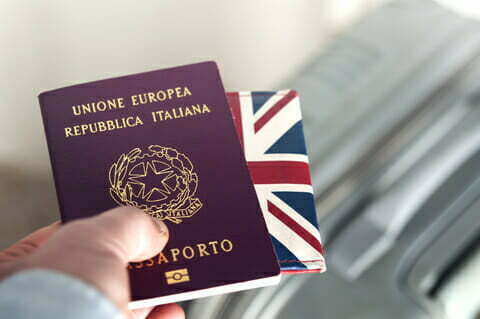 Net immigration grew tremendously over the following 20 years with a significant portion of the immigrants coming from other EU countries. The number of EU immigrants in the UK almost quadrupled from 900,000 to 3.3 million people. In June 2016, the net migration had plummeted at 336,000. Net migration from the EU stood at 172,000, a figure just below that of immigrants from non-EU countries, which stood at 191,000.

As a consequence, in the referendum debate concerning the UK exiting the European Union, immigration was a hotly contested issue. A lot of people were concerned that high levels of immigration translated to fewer job opportunities, lesser wagers, and quality of life. The rise in immigration was one of the defining arguments that moved nationalists, anti-globalists, and Eurosceptics to support and vote for Brexit. One of the major objectives to be achieved from Brexit was the reinvention of the UK’s approach to immigration.

Pro-Brexit wanted to have more control over the flow of immigrants to the UK from other European countries. This meant that European companies would probably have to locate their businesses, redefine how they access top global talent from the UK, and how to go about their logistics within the UK if they are to conduct business in the region.

How has the EU and the UK been affected?

In the 12 months leading to June 2018, the Office for National Statistics (ONS) reported that the number of non-EU citizens intending to move to the UK from Europe for a lengthy period rose to 248,000. This report indicates that the referendum has already impacted immigration patterns yet Brexit has not actually been implemented. The report by the ONS further revealed that people who hold citizenship from the EU, on the other hand, rise by only 74,000. This reveals that while there has been a considerable drop in the net migration figures from countries in the EU, net migration from elsewhere is at its highest level yet it’s the net migration the UK has more control over.

So how many people have left?

Since the Brexit referendum in 2016, people from the countries in the EU8 recorded the biggest decrease in numbers. The EU8 include countries such as Poland and Czech that are poorer than average countries that joined the EU in 2004. In June 2018, EU8 net migration saw a 66% decrease than the numbers were in 2016. Net migration from the EU15, the richer member countries, dropped by 40% during the same 2-year period. Migration from the two most recent countries to join the EU, Bulgaria and Romania, reduced by 50%.